In class, I will describe a corpus-type project I undertook with Mary Shelley’s Frankenstein (the 1818 edition) in a Disability Literature graduate course. Although I didn’t know the digital scholarship techniques at the time and therefore compiled my research manually (painstakingly…), which I suppose would invalidate my project as a “corpus project” according to Bennett’s 3 rules, I nonetheless think my project, if updated, would count as a possible application of corpora studies to science fiction literature.

The “intuition” aspect of this particular project was my interpretation that monsters are created through language; yes, Victor Frankenstein physically cobbled together the creature from various dead human parts, but one might then assume that, being of human parts, the creature might possibly be human. Instead, it is Frankenstein’s narration or depiction of the creature as a monster that creates it as such, and therefore thrusts it into abjection: through language.

Given this example, I will ask my ENG 181 students to choose a text (preferably one on the course syllabus, although if they consult with me beforehand, they may choose to select a different science fiction text), and analyze the “naming” or “description” of a character, particularly a marginalized or “othered” character. Their task is to do the data mining (I will probably have them visit the ECDS or at least have an expert from the Digital Center come to class and explain methods of text mining), and then write up an analysis/argument drawn out of that data. Students thus do “critical thinking” (one of my key terms for the 181 course), and analyze the ways in which language – specifically, language through writing – creates characters and subjects (or, in this case, objects/not-subjects). 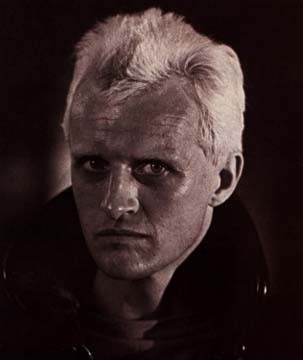 This assignment will come in a unit about monsters/aliens as “abject others” or “marginalized beings.” In that unit I will have students analyze the intersectional identity positions related to gender, race, sexuality, and disability, as well as species, and the ways those categories have been conceived of as social constructions (again, tied to language, and more specifically for this literature course, writing).

A later project will build on this assignment, asking students to do a similar analysis, but of a different character, and then to compare/contrast the two depictions of characters. They will thus put the two texts in “conversation” with one another.

Comments are closed, but trackbacks and pingbacks are open.

Amy S. Li, PhD, is the External Relations Specialist at the Cornell University College of Veterinary Medicine, Department of Marketing and Communications. She has previously worked for the Emory Center for Digital Scholarship (ECDS) and the National Emerging Special Pathogens Training and Education Center (NETEC).

In May 2020 she graduated with her PhD in English from Emory University, where her research focused on representations of embodiment in science fiction. She has taught several courses on science fiction literature/film and diversity.